By Valentine Valentine February 26, 2020 No Comments

Maybe we have listened to too much Magic Sword but this week’s new releases got us on an 80’s fuschia trip. It started with a remastering of Dainton’s .9% New IPA, a one night in Bangkok with Westside Ale Works, followed by a trans-Dreamseeker Fixation, unleashing the Unicorn Beer of the Bad Shepherd to finally end with the velvetiest Stoutini from Temple Brewing.

By far one of the most successful low alcohol craft beer available in Australia; we are ecstatic to have it back! This 0.9% (0.3 standard drinks) New Age IPA is a clever froth we didn’t know we needed. Far from insipid and RSA friendly; we encourage everyone to try this Dainton, as long as any other low or non-alcoholic options.

You know you are in Melbourne when a craft brewery makes a collab beer with a food truck! Thanks to the great influence of Farang Thai Island BBQ, Westside Ale Works is a flavour packed pale ale full of lemongrass, kaffir lime leaves, coriander seeds. Where’s my Pad Thai?

As hypnotising as a Tool album cover, the new Fixation Freshly Hatched series is a big juicy NEIPA with a borderline hallucinogenic hop content. The prominent tropical notes of pineapple and lychees balance this Lupulin hop monster.

How can we even start to talk about this funky new release from Bad Shepherd? A wise man once said to Keep your friends close and your enemies closer; clearly Bad Shepherd and the ABAC have a healthy relationship. A can that looks like an energy drink and pour likes grape cool-aid, we had to have it.

Peach, floral, dry, Maddy, what is even in this can?!

If you follow our Instagram stories you would have seen us mid-week trying this phenomenal nitro charged stout from Temple Brewing. One cannot simply forget that head; an absolute perfection that puts the Nitro standard really high. It was a tap quality pour; with a creamy, velvety and “pillowy” top. Dreamy.

If you wish to get some of this week’s What’s Brewing, click here. 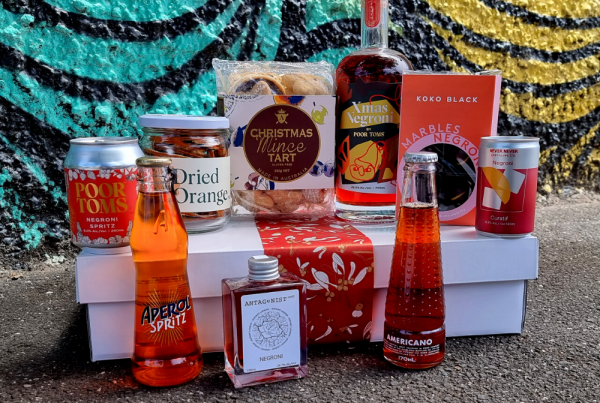