It’s a tale that’s becoming all too familiar as we’ve watched the level of expressionism go off the charts through the explosion of the craft scene in Australia. Bored with their job, someone quits and throws themselves into a new life producing the best quality product they can. He hates the expression, but William McHenry admits it probably was a mid-life crisis. Sick of being away from his family and Tasmania, with work commitments, he didn’t know how to escape until a friend suggested his Scottish name demanded he starts making his own whisky.

While his first batch was sleeping in its new wooden home, McHenry turned his attention to gin. Choosing a neutral cane spirit for its softness, texture, slight sweetness and cleanliness, it took him six months and 26 different variations before landing on a recipe for his classic dry. His gin philosophy goes back to the origins of the spirit – juniper should be front and centre. His pharmaceutical and science background made the distilling process easy for him, and is now a wonderful contributor to the modern gin scene, experimenting with a few different products without ever compromising what gin is.

Surrounded by bushy national park, McHenry enjoys all of the benefits of having their distillery on the edge of the world, with water coming from the surrounding natural springs, and distillation taking place amongst the cool sea breeze billowing off the Tasman Sea. The purity of product this creates is undeniable, which is one of the reasons why McHenry takes pride of place even within the burgeoning and highly-regarded Tasmanian craft spirit scene.

An extra dollop of alcoholic warmth manages to ramp up the spicy intensity of the botanicals compared to your regular gins. In this case coriander, cardamom, orris root, and a hit of star anise come through with power, with the addition of limes to create a fantastic balance. Where this gin really stands out is its smoothness, belying its higher alcohol due to the quality of the spring water McHenry uses. No wonder it’s twice been voted Australia’s best navy strength.

When William was approached by Parliament House to create a gin to represent Australia, he went to work on a batch of gin that would represent the diversity of flora across the country. His Federation Gin is just that, including a star botanical native to each State and Territory – Kakadu plum from NT, lemon myrtle from QLD, Victorian cinnamon myrtle, quandong from WA, Tasmanian celery top pine, wattle seed from SA, mountain pepper leaf from the ACT, and strawberry gum from NSW. Some light citrus and spicy notes, while none of the individual botanicals dominate, creating a gin of great complexity.

McHenry’s Butterfly Gin is a more floral take on proceedings compared to the rest of the range, and the star of the show is the butterfly pea flower. Not only does this add some lifted aromatics to the gin but it also lends it the most brilliant shade of deep blue. However, the real magic occurs when it’s mixed with tonic, where not only do the flavours come to life, but the gin itself undergoes an extraordinary metamorphosis into a bright, blushing fuschia.

When it’s harvest time, the entire crew at McHenry’s heads out around the laneways and back roads of Tasmania foraging for local sloe berries to form the foundation of their very traditional English-style sloe. This ensures that only the best berries make it into the final batch, whilst still collecting the high quantity required to give a rich colour and full flavour. The berries, which now grow feely all over the state having been brought over by the first English settlers, soak up classic dry gin over twelve months. The result is amazing – rumour has it this is the gin that inspired the creation of the Four Pillars Bloody Shiraz!

We will also have a few bottles of the Damson Sloe Gin, a seasonal gin made in extremely limited quantity using Damson plums. 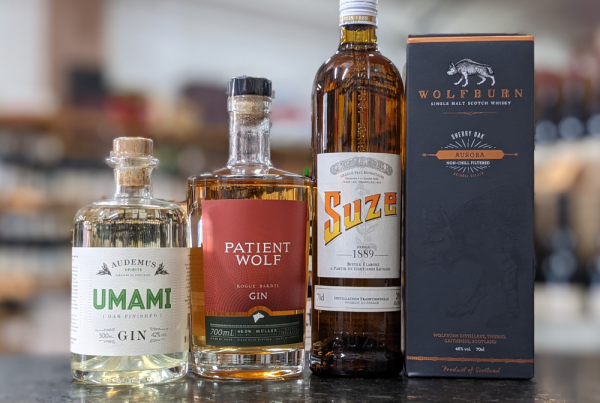 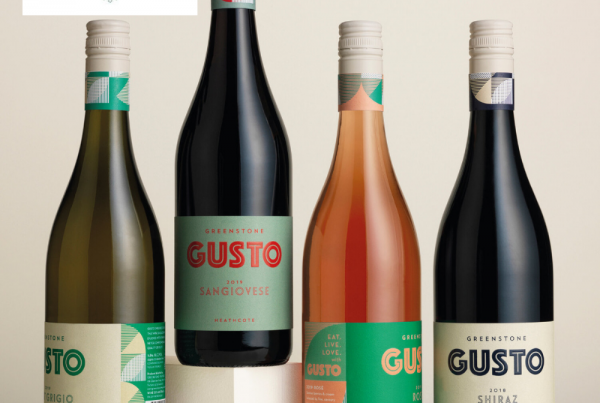