Inspiration comes from all places, and it was sitting on the couch as a teenager in the 80s watching The Beer Hunter on the telly that bore Boatrocker founder Matt Houghton’s love of all things beer. Time spent homebrewing and travelling and sampling beers from all around the world ignited a passion within Mark to offer up something different in the Australian beer industry than what he calls ‘fast-food’ beer of Carlton and VB. So he studied brewing in Ballarat, where he met his wife Andrea, and together they founded Boatrocker in 2012.

A defining feature of Boatrocker is their love of barrel-aging, and they are undoubtedly one of the leaders in this area. Their Ramjet (and subsequent Dramjet) is one of the most highly-anticipated beer releases each year, and their complex Belgian styles are top-notch too.

Derek will pour Boatrocker’s delicious beers and enchant us with his wheel of beer knowledge.

(One step closer to Jamie Fraser)

Teaming up with Australia’s best Pizza and Gnocchi restaurant 48hpizzaegnocchibar, Boatrocker crafted a truly unique and delicious vodka, using hand-rolled gnocchi, Italian bergamot and blood oranges. (The ¼ Polish and ¼ Italian in me is crying). Gnodka is triple distilled in a 20 column still resulting in a bright citrus pure and refined vodka. Neat or in a cocktail; this is just about the coolest aromatic Vodka we have seen in a while!

Following on form from the success of a single barrel experiment a few years ago, brewers at Boatrocker have continued their love affair with whisky barrel ageing… 2020’s release showcases more whisky, wonderful Brett funk, with perhaps a little less of an acidic bite, but an oh, so delicious Double Barrel Aged Brett Berliner. 12 months in French Oak, followed by a further 3 months in STARWARD Whisky casks. Bottle conditioned for a further 6 weeks. (Boatrocker, 2020)

Sometimes all you need is a Pilsner. Boatrocker gave it a slightly new world twist though, with the use of Kiwi hops. A standard and easy 6pk to enjoy on this long weekend!

The first beer Boatrocker ever produced, now back with a vengeance and in a can! It’s a throwback to the days before everyone jumped on the haze train. Alpha Queen is clean US-style pale with biscuity copper malt and clean, assertive bitterness.

This end of the week is so rainy we craved a good old English style beer.

Our stout uses only the finest English malt and hops to give you a deliciously balanced and hearty ale. A fine ale good for any time of year but ever so satisfying when dark and cold outside. Best consumed at about 8°C. (Boatrocker, 2020)

Probably one of Boatrocker’s most popular brews. It is their take on a Berliner Weisse, using over 250kg of fresh Australian raspberries in every 4000L brew! Miss Pinky is stunningly vibrant with a super pretty pink-hue for the eyes, beautiful raspberry aromas and flavours for the mouth! Finished on a dry and refreshingly tart finish.

Which Boatrocker will be your favourite? Come by Friday 6th March 5pm for a glorious tasting! Sassenach welcomed too.

VKL
Pix and some tasting notes Courtesy of Boatrocker© 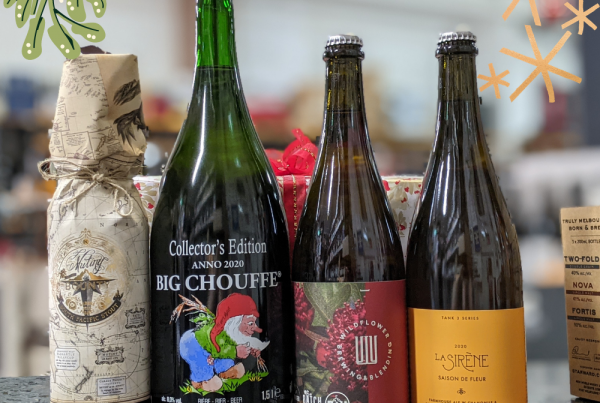 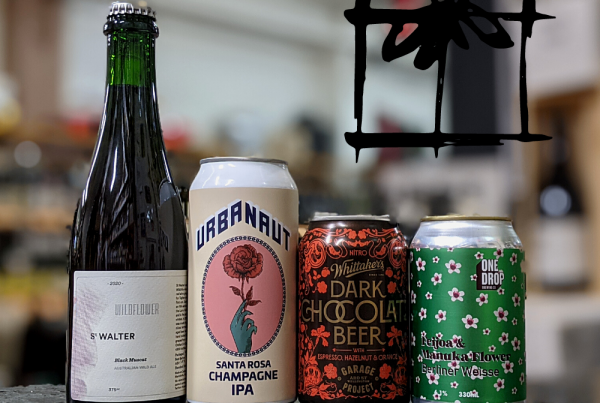 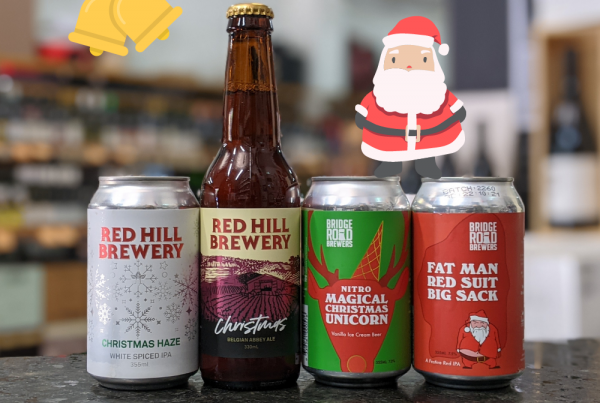